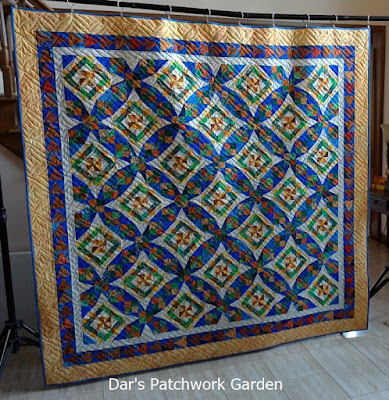 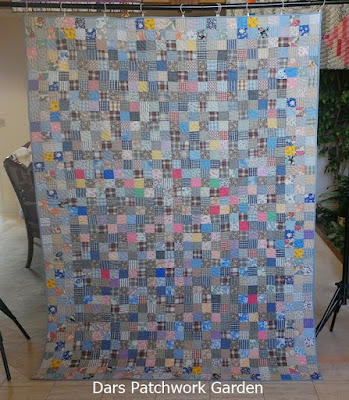 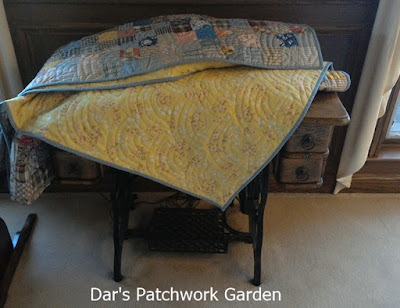 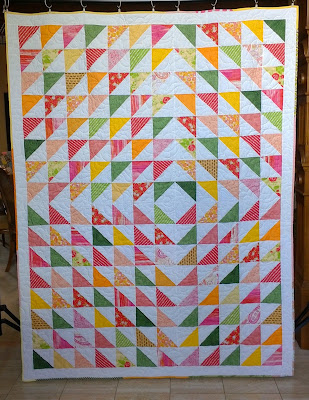 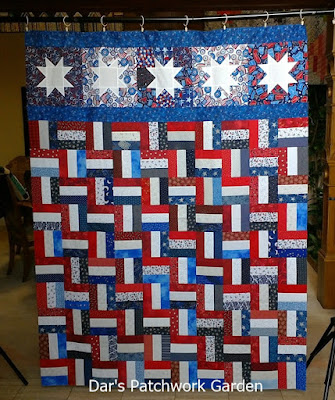 Back of Patriotic Rail Fence 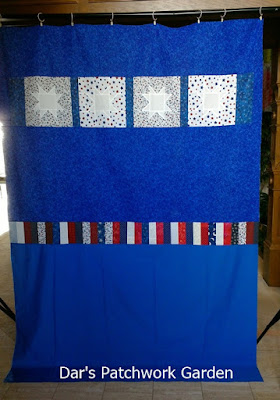 Tilted Patriotic Stars -  67" x 87.5" (2017) hand quilted
This was a very old UFO that began with winning a few star blocks from a guild BOM drawing.  There was no rush to make more blocks, so it took a very long time to get it completed. 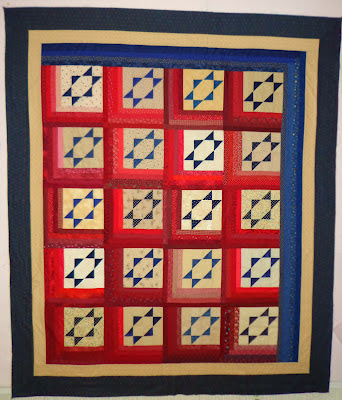 Back of Tilted Patriotic Stars 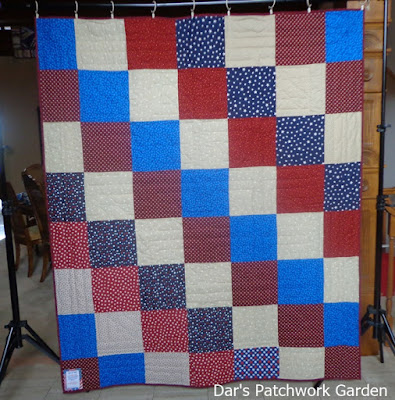 This began as a mystery quilt in Scrap Club.  All fabrics were from my scraps in the stash except the final border., which I bought in Paducah in 2016. 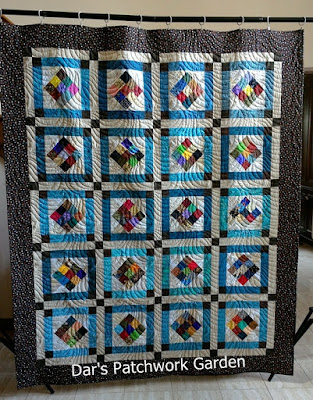 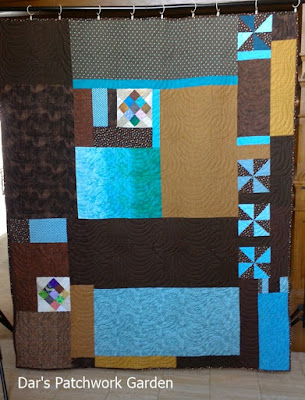 Back of Coming Home 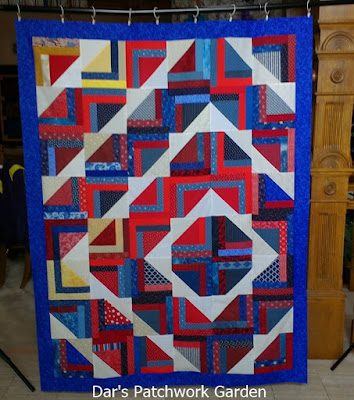 Rainbow Soul Searching - 73" x 84" - (2016)
I started this quilt to participate in a 2014 Scrappy Rainbow Challenge at Angela's So Scrappy blog on the internet.  Each month she chose a color and we could make any block we wanted from our stash using that color.  My blocks were from a pattern in the book "Making Quilts" by Kathy Dougherty.  It's quilted in a large continuous spiral using my domestic 730 Bernina.  It has wool batting and a pieced backing made with leftover prints and blocks from this quilt and others. 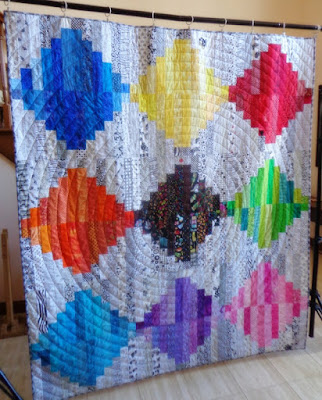 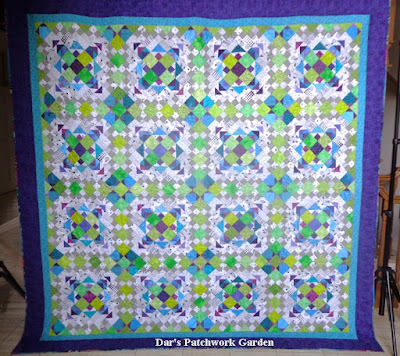 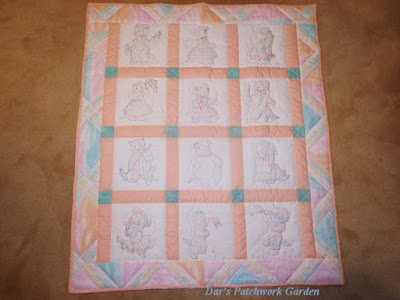 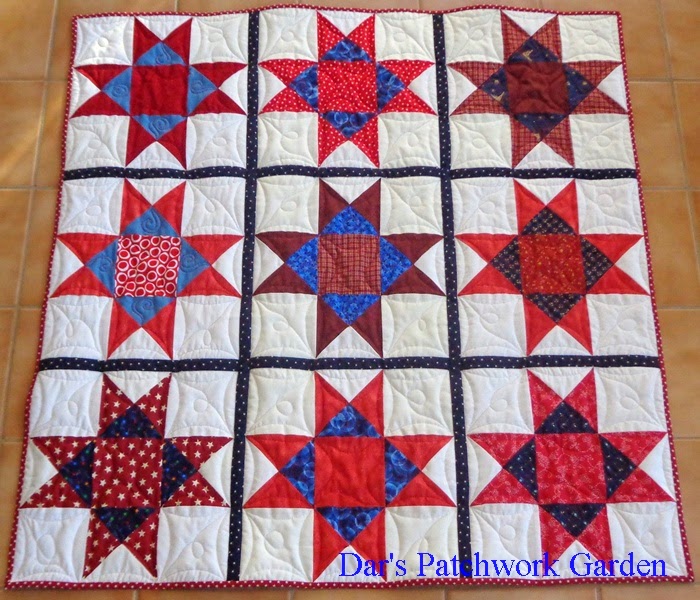 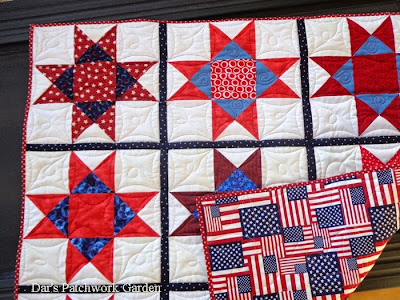 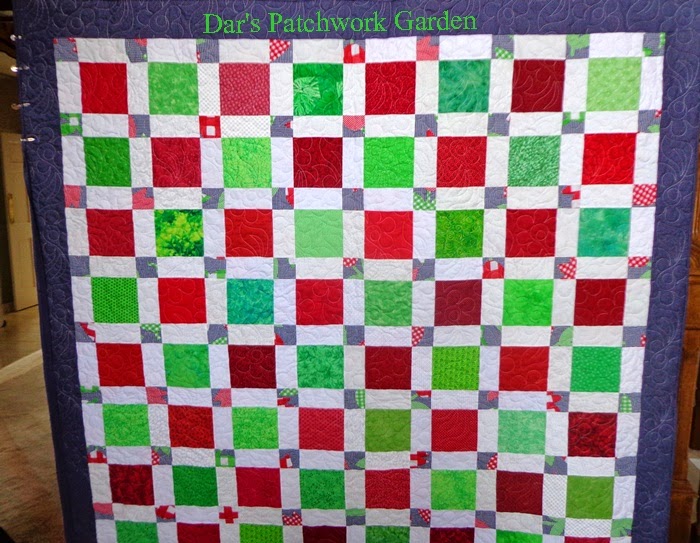 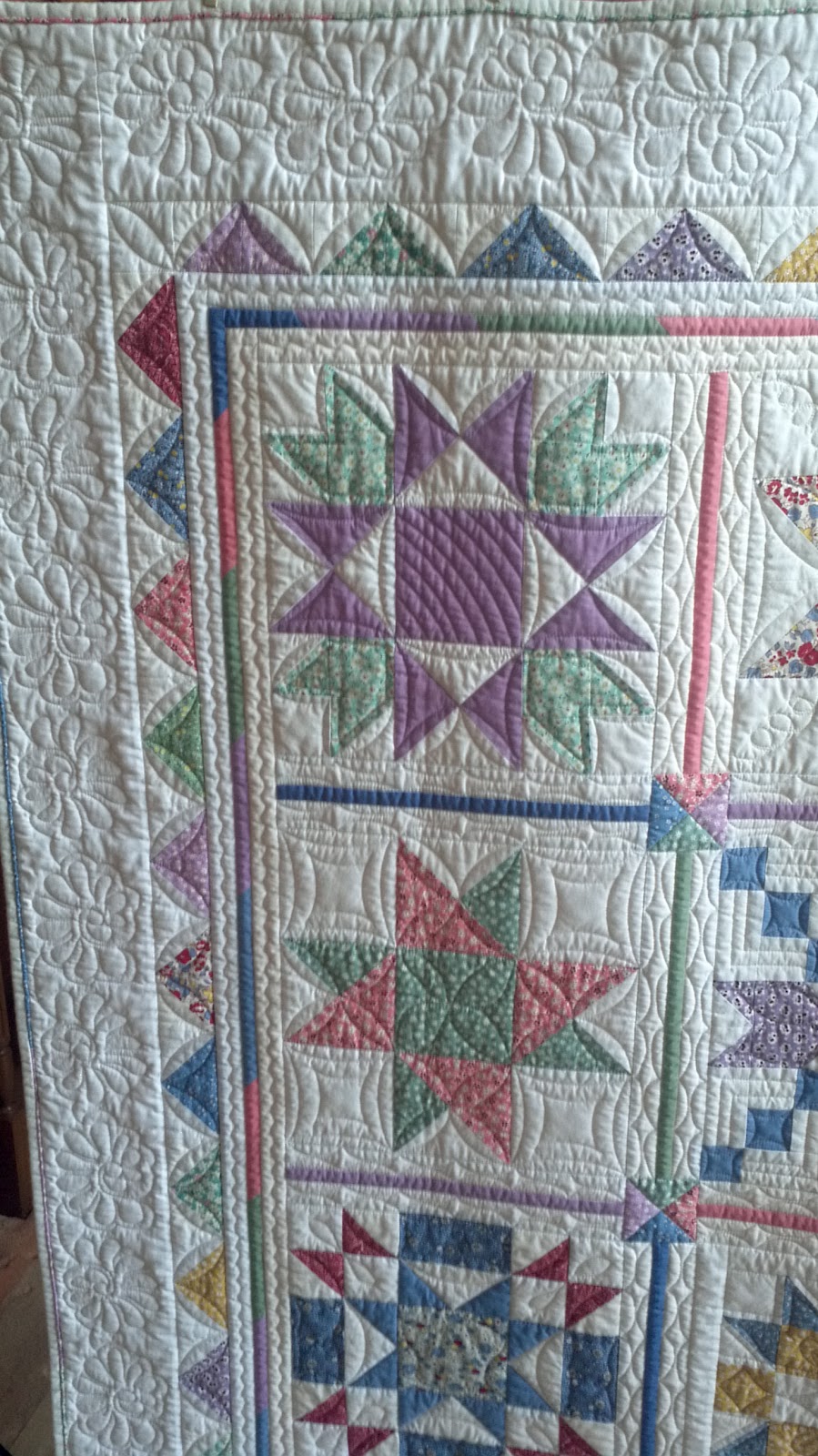 Winter Friendship Star - 74" x 82"
This was made using only scraps from my stash. I wanted to use up all the HST, so the outer border design was born.  The back is pieced with all the left over blocks, new made up blocks and additional scrap fabrics. 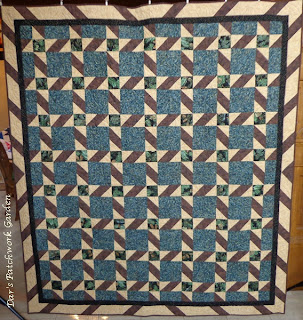 This is a Judy Laquidara pattern and it was started in a class she taught when she came to St. Louis for a workshop.  I challenged myself to use only scraps.  It's free motion quilted on my long arm. 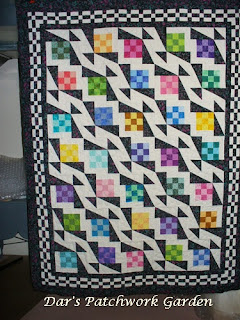 "Red, White and True Blue Friends" 58" x 58"
This was a Planet Patchwork New Year's Day mystery quilt.  A friend and I decided to work on one quilt between us and then make it larger and cut it in half, so we both have matching throws.  We combined  red, white and blue scraps from each of our stashes. It's quilted on my domestic sewing machine.
"Star of Hope"
A new women's cancer center was opening at St. Joseph West Hospital in Lake St. Louis and they invited quilters to make a quilt honoring someone in our family that was touched by a women's cancer. I made this in honor of my mother.  It hangs in the lobby of the cancer treatment wing of the hospital. It was quilted on my Bernina 1130 domestic sewing machine.

This was made from a Karen Giska pattern using selvages for the string pieced portion of the blocks. It has wool batting and scrappy purples for the 'X's from my stash.  I quilted it on my long arm.
"Civil War Album Cross"
This was started in a retreat with Fons and Porter.  I used Civil War reproduction fabrics and it is hand quilted.  It won an honorable mention ribbon in a juried show in University City, Missouri.
"Scrappy Pineapple"  50" x 60"
This throw was made and given to a friend for Christmas.  The backing fabric was a flannel in Fall colors with leaves.

This was made and given to my cousin's daughter for her graduation gift.  The pattern used was Yellow Brick Road . I embroidered her name semi-diagonally on the front. 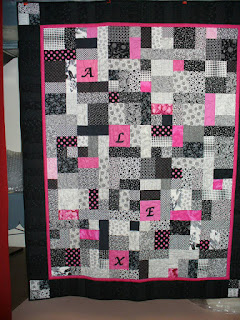 "Safari Friends" 41" x 52"
I made two of these using a jungle fabric with realistic animals.   The settings were the same, but the position of the colors were reversed within the blocks. 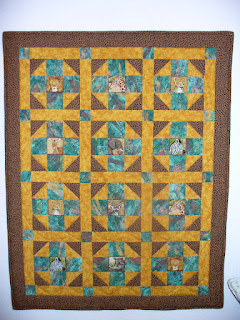 "Blue Skies and Sunny Days"
Lap quilt and matching pillow made for a friend for Christmas. 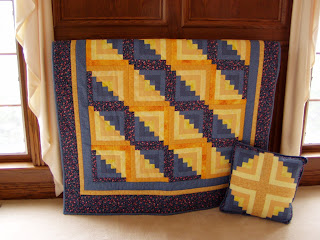 Thanks for taking time to stop by and visit. It makes my day to get mail - either online or in the old fashion mailbox! Some habits you never outgrow. 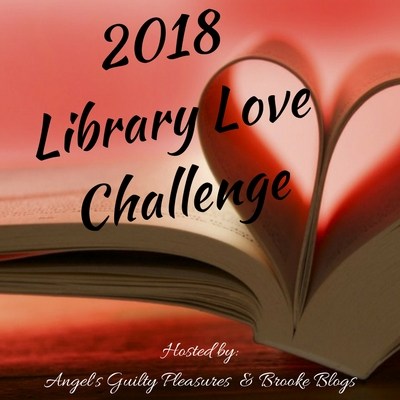 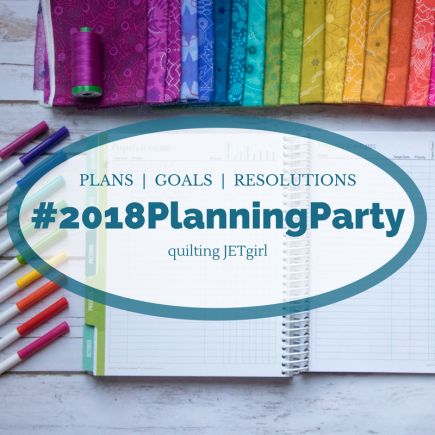